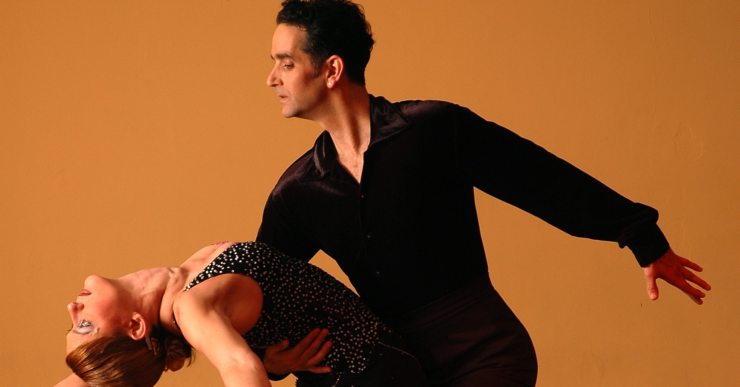 I’m not generally one who believes in conspiracies and the like, but…

I’m not convinced that the fix wasn’t in after Bobby Bones won the Mirror Ball trophy on Dancing With The Stars.

Consider: He was, of the 4 remaining Stars, though given his place in the Country Music firmament, influencer might be more appropriate, the least talented dancer, no better than I am. And yes, I am a ballroom dancer so I have the very right to go on and on about this.

I hope everyone appreciates my use of italics in this rant, I mean piece.

What was my point?

Ah yes. Even though he was by far the lesser of the 4 remaining dancers, he won! He should not have won, but we are to assume that because of his legion of fans, he won anyway. Fair? That depends on how you codify or delineate the term, but the presumption of the show, like any contest that requires feats of physical daring-do, and yes, that includes competitive dancing, is that the best wins. That the best did not; in fact, the best did not even make it to the finals, pulls back the curtain of what is obviously a terrible heartbreaking charade.

That right, I said it: charade.

Now, one may rightly note that whenever a fickle public is invited to so august a show as DWTS, the fickleness may in fact win out. Is this what happened? And if it did, am I to understand that DWTS is no more than a popularity contest foisted on me as a true competition between Stars I don’t actually know-well, some of the older ones I do, when in fact it is not?

BUT… that presumes that the results were on the up and up, that Bobby Bones did in fact secure the necessary online votes to win the coveted Mirror Ball trophy, not that foul play was, in fact, in play.

In the past, the finals were a 2 night extravaganza with the winner only revealed at end of night 2. Now they did that this time, BUT, it was only 1 night. Huh, huh! Also, they waited till the almost last second to declare Bones the winner before rushing off to the autistic doctor show, knowing, knowing that the announcement would be shocking and would elicit moronic conspiracy theories such as this! That can only mean they knew what was coming and chose the cowards way out of letting the real horror play out on social media.

That can only mean that the fix was in!

Was it the Russians once again interfering in our voting, trying to deal a mortal blow to this fine American institution? Was it a deep state thing? I don’t actually believe that too much because, if in fact there is a deep state, I think for an all powerful force that always gets their way, they’re fairly inept.

(Please note and appreciate my getting there, their, and they’re in a single sentence.)

I, therefore, demand that this be investigated at the highest levels of our national government before any further seasons- sorry, but when you have multiple seasons in a single calendar year it’s asinine (Imagine if football did that!)-can happen.

God knows they have nothing better to do. And our president, being a former Hollywood insider and fully aware and appreciative of the power of reality shows such as DWTS, should forthwith devote his attentions to this national nightmare.

And no, as a final comment, is this not a rant from someone who didn’t agree with the results of the show or is a crank!

I rest my case.