I love the American West, and nothing brings it beauty and enormity into perspective more than a long road trip, which I also love. Our present times, and the restrictions therein and being what they are (Quite fancy talk,no?), left us with the notion of driving to Mesa, Arizona to work on a small house we own there. At the time, Covid was not yet the maelstrom it is now.

A month later, amid the predations of holiday travel, we began the drive back.

To say the West is vast is to state the obvious. The feel of its vastness, however, only comes from traversing it from the ground rather than from 35,000 feet. Having grown up in the West, Colorado, I accepted this without thought, and assumed the country was the same throughout. This assumption came from camping trips and such as a kid. It was only when I spent some time back east that I realized how open and empty, of people, the West is.

This was on vivid display through the Great Basin of Nevada, as we headed north from Las Vegas towards Twin Falls, Idaho, on our way back to Seattle. Finding ourselves between the Wasatch Mountains to the east, the Sierra Nevada and Cascade ranges to the west, we drove for hundreds of miles in what is sometimes described as the middle of nowhere. 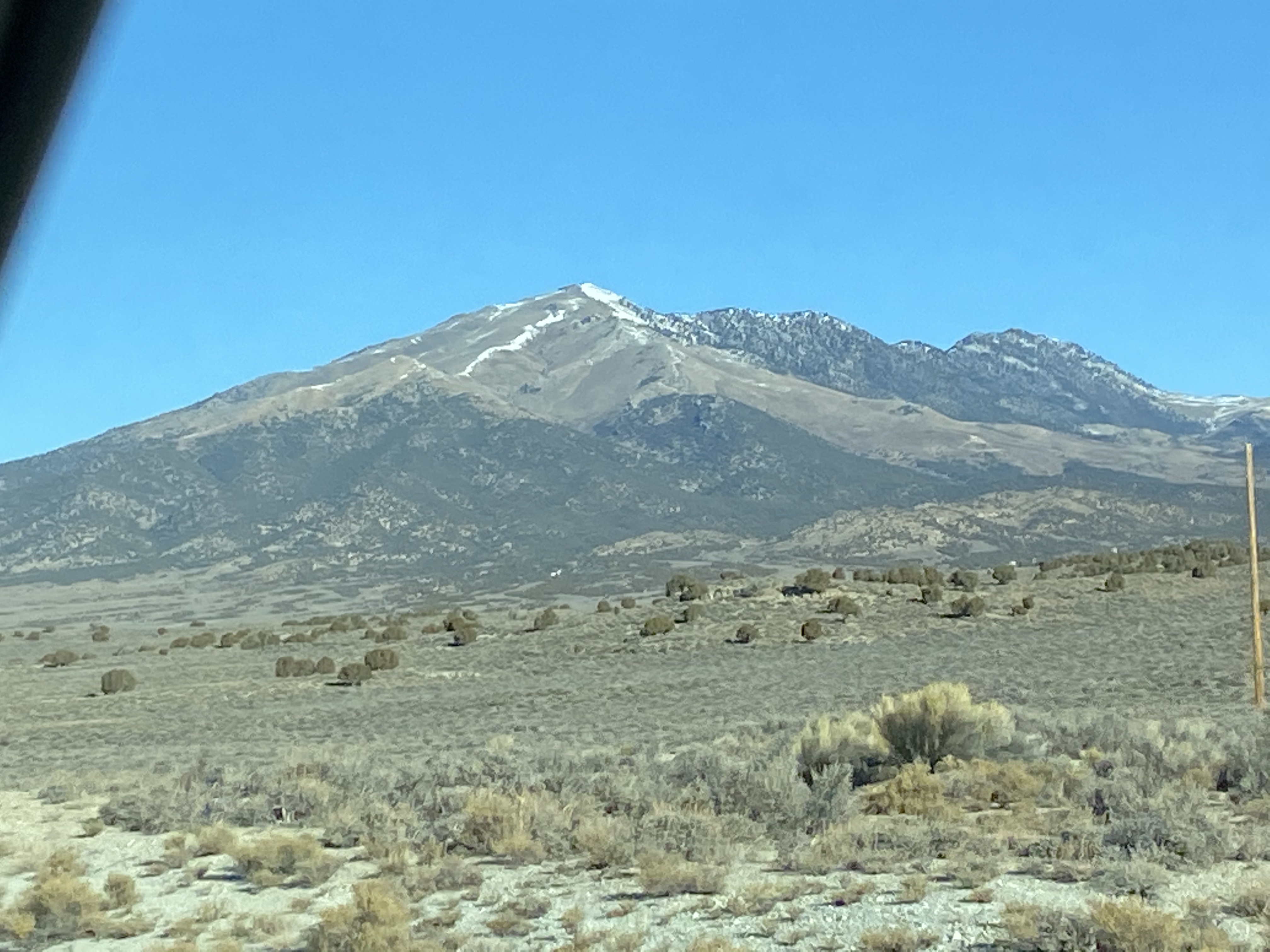 Even at 80 miles per hour, the trip moved at a slow pace, and the mind tended to ask a lot of questions, predominantly: where is everybody and what do they do? There are nearly 500 miles between Las Vegas and Twin falls, via US-93, and the only town of appreciable size is Ely, smack-dab in the middle. Its population is roughly 3900 people. It was once a stop on the Pony Express and Central Overland Route. It became a mining town and is now mostly a tourism and outdoor recreation destination.

Outside of the small towns, I counted 3 people on the land, as opposed to those travelling, most of whom were heading south towards Vegas. The only other creatures were cows, sheep, and the occasional deer.

It is, minus traffic (and that, for someone from a place like Seattle or Denver or Phoenix, was sparse), a very quiet place. The only sound, any appreciable distance from the main 2-lane road, was maybe a semi or a train. (I saw more trains on this trip than I had in a decade.) The land itself varies, depending on altitude, from desert to field to forest. It’s mostly grazing you see, if you see anything, and it isn’t till you get close to Twin Falls that it slowly turns to farming.

It feels very empty… but only of people.

The land is quite beautiful. Some don’t care for it because it isn’t lush or crammed with vegetation. There are long stretches of scrub–quite a bit of it for sale (I floated the idea of buying small parcels of scrub across the west, for there was a lot of it in Colorado, New Mexico, Arizona, and Nevada, but it was shot down as a waste of money)–yet the hills and mountains are a collage of color and striations that shift and change as you motor along the rather straight line of road.

A last question, is what must people traversing this country on foot, walking alongside wagons for months on end, hoping to avoid storms and privations and angry locals, for there were plenty of native tribes along the western trail, been thinking as each day bleed into the next and knowing there was so much more to cross?

During the trip, in the isolation of the car, I wondered what it must have been like to look west, having trudged past the Wasatch and faced the basin, to then look upon the Sierra Nevadas and know that you have to get past them too before your journey is “over.”

And what of the people who are still here in the basin? The ones only thought of when we’re driving through?

1 thought on “The Wide Wide Open”